Any Relation Between Impulsiveness And Crime? 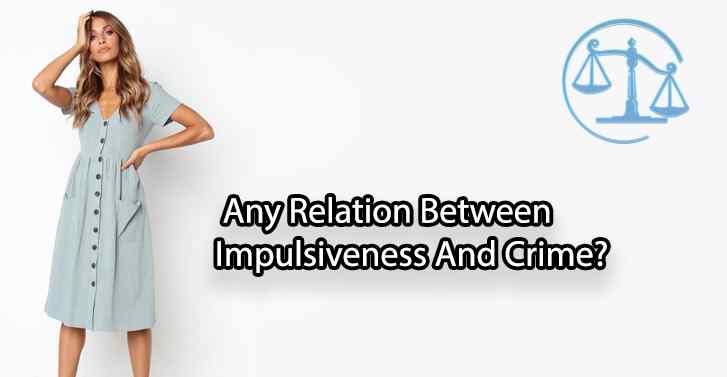 Sometimes , we do hear about crime that has happened due to impulsiveness or all of a suddenÂ  without even thinking for a moment as to what is the result of the act . Like , some people do react on being provoked in a violent manner or do anything risky.

How to know if a person is impulsive or not ? For that , make them imagine any fictional scenarios and ask them on how they would react to that scenario. There may be some who may use any particular strategy , there are some who act without thinking about the consequences and there are some who may feel they are not able to react to it quickly and take time.

Relation Of Impulsiveness And Crime

The disorders related to impulse control is the continuous failure to control oneself from doing an act and not able to resist it and then does the act . The act performed can be harmful but the person feels a sense of pleasure or happiness on doing the act even though it is harmful. But after the act is done , there is a sense of guilt or regret of doing it . But an act once done , then nothing can be done about it.

There are also possibilities of irresistible impulses which can fall under the psychiatric disorder and these are behaviours which damages oneâs own self and the person does not benefit from it. There is a thin borderline and so , as frequently said , it is better to think before doing an act .

There can be outbursts of anger on provocation or any other violent reactions which can be harmful. The circumstances or the situation also plays a role along with the lack of self-control of the person.

So crimes do happen when a person is impulsive and acts or reacts without thinking about the end-result.