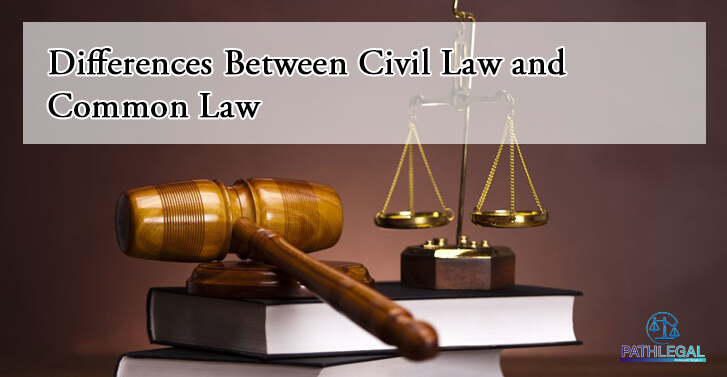 Legal systems around the world generally follow one or two main bodies of Law: Civil Law or Common Law as their primary body of Law.

Understanding the extent to which each country practices either Civil Law or Common Law is important to the legal professional to know how best to prepare and present cases for adjudication. A wrong understanding could lead to a failed case.

In the globalized world of today, with a flow of legal professionals taking training and gaining experience in the two primary types of Law, a hybrid form of Law is fast emerging.

In countries where these hybrid systems of Law are emerged or have become dominant, it is even more important for the legal professional to know which form of Law influences their cases. This is true in cases across the spectrum from Constitutional cases to criminal cases to financial crimes and regulatory law.

The difference between the Common and Civil legal system lies in the source of the Law. Common-Law judicial cases are considered the most important sources of Law, allowing judges to contribute to the available body of Law.

When we look at court cases, judges in Civil Law systems are more like arbiters while their equivalents in the common-law systems are much more like investigators looking back over the body of cases to adjudicate between parties presenting arguments.

In a Common Law system, based on judicial precedent, the judgments need to be written well and clearly so the case might be used to help Judges determine outcomes in future cases.

Even in Common Law systems, Laws can be created by legislators. In countries with Constitutions, including India, the Courts have the ability to strike down the laws passed by the legislators if they are unconstitutional. A body of Common Law surrounds cases involving the Constitution, usually known as âprecedentsâ that can bind Judges in determining the outcome of cases. Â

Common law systems have evolved primarily in England and its former colonies, including the USA jurisdiction (except for Louisiana) and all but one Canadian jurisdiction. For practical purposes, the English-speaking world operates under Common Law.

This is because the British Empire, in its heyday, was a global empire due to its trading, financial, and military activity.

More countries follow the Civil Law system. The Civil Law tradition developed in continental Europe at the same time and was applied in the colonies of European imperial powers such as France, Germany, Holland, Spain, and Portugal. For example, Pondicherry has a tradition of following French legal practices while followed Portugalâs.

Because of the might of the British Empire, the continental European countries had colonies in southern America, the Caribbean, the Middle Eastern countries, and todayâs East Asian countries with the exceptions of Japan and China.

The Civil Law places less emphasis on precedent than on the codification of the law. It relies on written statutes and other legal codes that are updated and which consist of legal procedures and punishments.

The judge merely looks at the facts of the case and applies the codified law in the Civil Law system. This makes Civil Law more prescriptive than a common law system. The civil law system is not binding on third parties. However, administrative and Constitutional court decisions are binding on all.Â  The role of the Judge is to establish the facts of the case and to apply the provisions of the applicable code.