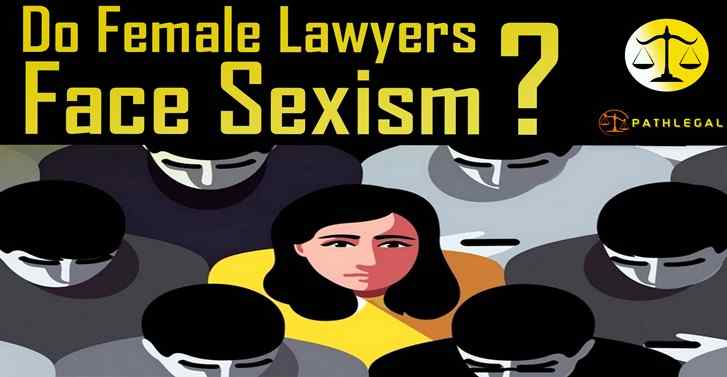 This is usually expressed towards females. This offending yet lingering bias or sexism does exist inÂ this present age. That is the harsh reality. Kudos to all the women who walked past these bias and sexism to excel in their respective fields with their determination and will power.

Do female lawyers still experience gender bias? Well, the answer is still âYesâ! They do. It happens even in the courtroom. This bias can be seen in their salaries as well as in their promotions related to their career.

Female Lawyers Not Considered As Lawyers?

They are female lawyers but mostly mistaken as some judicial personnel or who is in charge of administration or a reporter. Why is it such aÂ surpriseÂ to see a female lawyer again and again? Why mistake them to be some personnel other than lawyers?

The lady lawyers are not given legal works mostly and end up doing mainly office work which is mostly scheduling meetings or planning parties and other works apart legal ones. Why are they not considered as a lawyer? Is it that they always agree to do such tasks?

Be Assertive Or Not?

When female lawyers show that firmness and get things done, then what would you say? Of course! Act like a lady! What else? When at work, a woman should be assertive and get things done. No doubt! So the same for a lady lawyer too. When at home with her family, she should be feminine as well as assertive as a woman /mother/ wife who binds her family together. She is an awesome multi-tasker.

What more for lady lawyers have to experience? Well, the pay or salary of the female lawyer is not equal to a male lawyer. Male lawyers tend to have more pay than female lawyers. Again another inequity? Where does this end? What if female lawyers perform as well as their male counterpart, then still the pay of female lawyers will be less? Why is it so? Can we expect any improvement toÂ this environment and give a favourable working environment for women?

Does motherhood affect the promotion or hiring of female lawyers at the workplace? A female lawyer even after being a mother has the capability to do or maybe even more in her work. Anyway, it is not less. She has the determination to do it and more mental strength and as a lawyer, she would perform even better and be best. Does sexism ever end? Why does not that change when the time changes even after we have entered the digital age? When nothing is constant then why is this so-called âsexismâ still constant?

Elimination or abolishing sexism from society is a herculean task but not impossible. Impossible is Im possible or I am possible or Iâm possible. Time has changed so our mindset and perspective have to else where is progressiveness? Sexism towards women does not make a society progressive towards the future instead it just deteriorates. Respecting women at work is not that hard, it is more of an etiquette.