Everything You Need To Know About Employment Termination 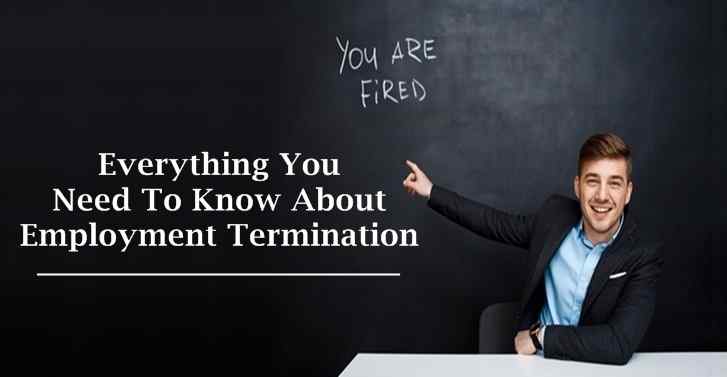 Most employment relationships end by virtue of a notification served by the employer to the employee, indicating employer's unwillingness to renew the employment contract or intention to terminate their employment. However, most employees do not recognize whether the letter or notice of employment termination has been made in accordance with the provisions of the Labor Law or has been arbitrarily issued, for which compensation is due.

To simply start, we will review many different cases from the real labor market, for which we have filed many lawsuits. These cases, which are deemed to be wrongful termination as per the applicable UAE Federal Law No. 8 of 1985, include without limitation, the following:

Compensation varies in case conditions of wrongful dismissal are fulfilled. To determine the amount of compensation, it is necessary to specify the type of your employment contract, whether fixed-term or non-fixed-term contract.

If your employment has been wrongfully terminated and your contract term is not fixed, you shall be entitled to one-month to three-month compensation based on your most recent salary. The period for which compensation is due shall be determined according to the circumstances and factors of termination in the Court's discretion.

(A) works with (B) under a non-fixed-term contract for a total salary of AED 10,000 (AED 5,000 basic salary + AED 3,000 accommodation allowance + AED 2,000 transportation allowance). (A)'s employment has been wrongfully terminated and a three-month compensation has been designated for such dismissal. Then, the total compensation for wrongful termination shall be calculated as follows:

(A) worked with (B) under a one-year fixed-term contract started on 1/1/2016 and ended on 1/1/2017 for a total salary of AED 10,000 (AED 5,000 basic salary + AED 3,000 accommodation allowance + AED 2,000 transportation allowance). (A)'s employment has been wrongfully terminated on 1/8/2016. The remaining contract term was (4) months and the compensation (A) was entitled to in this case was the maximum of 3-month salary. Then, the total compensation for wrongful termination shall be calculated as follows:

In conclusion, we emphasize that wrongful termination cases are vast and diverse due to the fact that the nature and circumstances of work varies from one workplace to another. All cases are deemed original despite similarity, and we believe to have presented most of them in this article. For further information and legal inquiries that may arise regarding wrongful termination, contact us via the e-mail address provided below.