Female Criminals On The Rise?? 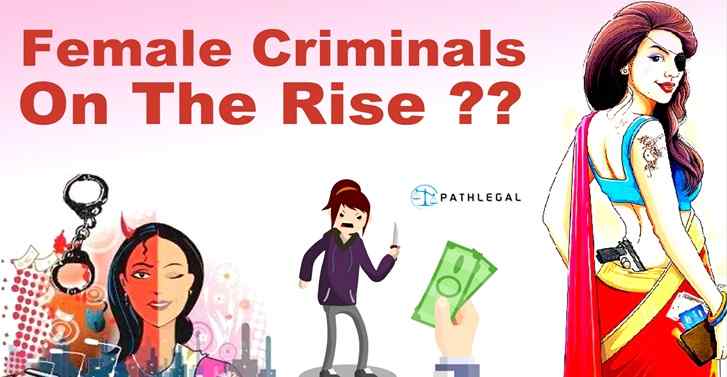 Reasons for Increase In Female Criminals

1. Family breadwinner- With the advancement in all aspects, there is an increase in pressure on women of the family to earn bread for living and under very helpless circumstances, they turn towards crime.

2. Progress in technology and ease of social norms- With restrictions on women lowering and with the technology advancement, women too made entrance into the field of crime. Crime, no longer, is a domain of a man.

5. Â Â Sufficient participation of females in every field- When females have participated adequately in all fields especially the legal labour market, they spend more time outside the home and this, in turn, makes them turn towards crimes.

Types Of Crimes Committed By Women

Why Less Women In The Field Of Crime

Once a woman marries then she is totally engaged in bringing up the child and other household tasks which are more important to her. There are gadgets for reducing household work and in that way, women do get time and have higher potential to commit crime though they do not involve in it mostly.

The gender gap has not disappeared though it has reduced. The tendency for a woman to commit a crime is dependent on various factors. But the conclusion is that there is an increase in the number of female criminals.