How Police Custody is Different From Judicial Custody? 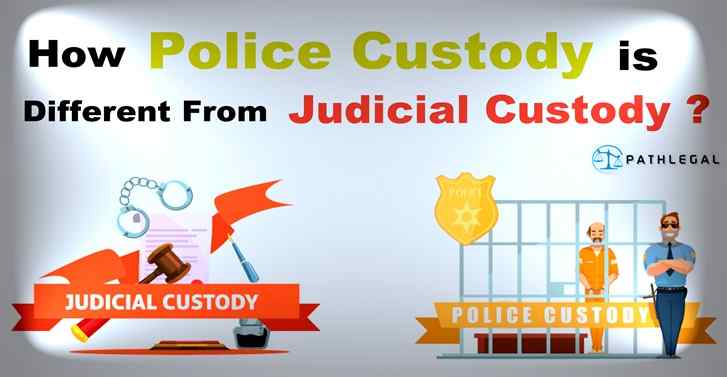 How police custody is different from judicial custody

1) police custody:Â  police custody means that police have a physical custody of the accused while judicial custody means an accused is in the custody of the court .in the former, the accused is lodged in lock-up of a police stationÂ  Earlier accused were afraid of police custody as they were subjected to harassment and physical torture but such incident has become fewer after the SC judgments enumerated the rights of accused and brought many police officers to task for custodial torture. resourceful Â Â accused, politicians as well as others, certainly enjoy immunity from third degree â or, to use Â Americanese, enhanced interrogation methods â

Â After lodging of an FIR for a cognizable offence (which provides for punishment of more than 3Â  years ) police arrest the accused to prevent him from tampering with evidence or influencing witnesses .within 24 hours of arrest, police produce the accused before aÂ  court ( mandatory under law ) and seek his remand to police custody to enable it to complete investigations expeditiously it is for police to decide how long it is warranted to keep the accused in its custody, which expires in 15 days.

2) What is judicial custody?

In serious offenses, the court may accede to police request to remand the accused in judicial custody after the expiry of police custody so that evidence or witnesses are not tempered with law mandates filing of charge sheet in criminal cases within 90 days if the charge sheet is not filed within 90 days the court normally grants bail to the accused. but in heinous crime/offences, like murder and rape. the accused is normally kept in judicial custody (kept in jail under the courtâs custodyÂ  ) for a long time despite the filing of the charge sheet so that the process of trial is not influenced.

The judicial custody may be of 60 days for all other crimes if the court is convinced that sufficient reasons exist, following which the accused or suspect must be released on bail.