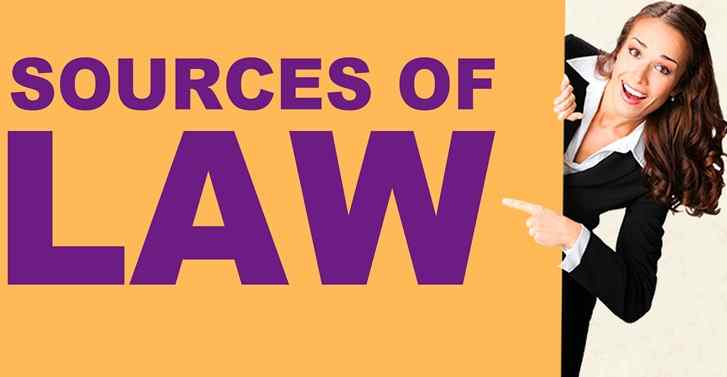 FORMAL SOURCES OF LAW
These are the sources from which law derives its force and validity. A law enacted by the state or sovereign falls into this category.Â

MATERIAL SOURCES OF LAW
It refers to the material of law. In simple words, it is all about the matter from where the laws are derived. Customs fall in this category of law.
But in modern society there are three major sources of law,Â  as described below ::

CUSTOMÂ
A belief that has been established for a long time. It is the oldest source. Disapproval or violation of customs leads to punishment by the society. It is important because it helps in maintaining some values in the society. These are rules and conduct that have been observed from a long time.

LEGISLATIONÂ
This concept emerged in 13th century. It emerged as a combination of two words LEGIS + LATUM,Â  where Legis meaning is law and Latum meaning is to make..
According to Salmond " Legislation is that source of law which consists in the declaration of legal rules by a competent authority.Â
Earlier the custom is the most important source of law but with the pace of time, the legislation has taken the highest position as the source of law.
Kinds of legislation ::
1) Supreme and subordinate legislationÂ
2 ) Direct and Indirect legislationÂ
3)Â  Delegated legislation
4) Conditional legislationÂ

PRECEDENTÂ
"In general English the term Precedent means a previous instance or case which is or may be taken as an example of rule for subsequent cases or by which some similar act or circumstances may be supported or justified ". It is the medicore source of law.
According to Austin : " Precedent are judge made law "
According to Bentam : "Precedent are judiciary 's law "
Judicial decisions can be divided into two parts :
1)Â  RATIO DECIDENDI ( reason of decision )
2) OBITER DICTAÂ  ( said by the way )