Top 10 Inspiring Quotes By Abraham Lincoln On Laws and Lawyers 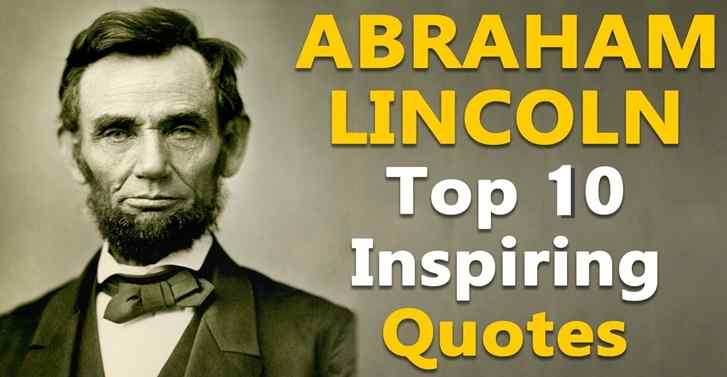 Following are the Top 10 Inspiring Quotes by Abraham Lincoln On Laws and Lawyers:

1. Law is nothing else but the best reason of wise men applied for ages to the transactions and business of mankind.

2. In law it is good policy to never plead what you need not, lest you oblige yourself to prove what you can not.

4. There is a vague popular belief that lawyers are necessarily dishonest. I say vague, because when we consider to what extent confidence and honors are reposed in and conferred upon lawyers by the people, it appears improbable that their impression of dishonesty is very distinct and vivid. Yet the impression is common, almost universal. Let no young man choosing the law for a calling for a moment yield to the popular belief - resolve to be --> honest at all events; and if in your own judgment you cannot be an honest lawyer, <-- resolve to be honest without being a lawyer. Choose some other occupation, rather than one in the choosing of which you do, in advance, consent to be a knave

5. I therefore consider that in view of the Constitution and the laws, the Union is unbroken; and to the extent of my ability I shall take care, as the Constitution itself expressly enjoins upon me, that the laws of the Union be faithfully executed in all the States.

6. No client ever had money enough to bribe my conscience or to stop its utterance against wrong, and oppression. My conscience is my own - my creators - not man's. I shall never sink the rights of mankind to the malice, wrong, or avarice of another's wishes, though those wishes come to me in the relation of client and attorney.

7. Slavery is wrong. If Slavery is right, all words, acts, laws, and Constitutions against it, are themselves wrong, and should be silenced, and swept away.

8. When I so pressingly urge a strict observance of all the laws, let me not be understood as saying there are no bad laws, nor that grievances may not arise, for the redress of which, no legal provisions have been made. I mean to say no such thing. But I do mean to say, that, although bad laws, if they exist, should be repealed as soon as possible, still while they continue in force, for the sake of example, they should be religiously observed.

9. Legislation and adjudication must follow, and conform to, the progress of society.

10. If you are resolutely determined to make a lawyer of yourself, the thing is more than half done already.