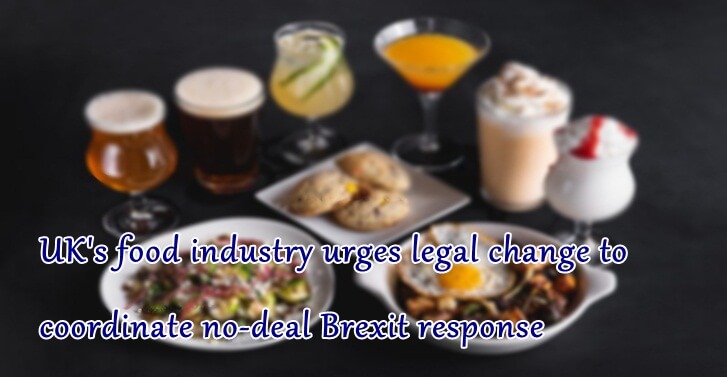 LONDON, Aug 7 (Reuters) - Britain's food and drink industry has urged the government to waive aspects of competition law in the event of a disorderly Brexit to allow suppliers and retailers to coordinate the delivery of food across the country.

The BBC quoted the Food and Drink Federation as saying it had repeatedly asked ministers for clarity on how the industry could respond if Britain leaves the European Union on October 31 without a deal, potentially disrupting the arrival of fresh food.

"In the event of no-deal disruption, if the government wants the food supply chain to work together to tackle likely shortages - to decide where to prioritise shipments - they will have to provide cast-iron written reassurances that competition law will not be strictly applied to those discussions," FDF's Chief Operating Officer Tim Rycroft said. (Reporting by Kate Holton; editing by Guy Faulconbridge)